Being called to make a difference in a broken community is like being the rope in a game of tug-of-war between doing good and doing well. Many have charted out this path, but most are grossly unprepared for the challenges. We are no exception.

Ten years ago, our small town of Opelika, Alabama was not unlike many other towns of similar size across the U.S. Our historic downtown endured years of disrepair as the big-box centers on the periphery attracted shoppers away from the center of town. 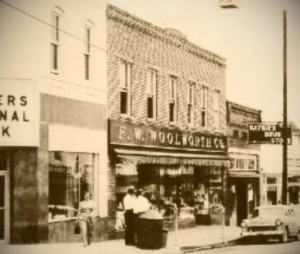 These automobile-centric development patterns created a demographic shift from our historic neighborhoods to new homes dotted on cul-de-sacs far from our town’s core. Today, you can travel on “Opelika Road” into town from nearby Auburn and you wouldn’t know you were not in Wichita.

Our town’s growth had become homogeneous with other towns and our MainStreet which once featured establishments such as Woolworths, Sears, Montgomery Fair, and the First National Bank of Opelika was left mostly boarded up. Only a hardware store and a small thrift-store remained as its anchor. Through the short sidedness of our government with programs like Urban Renewal and the lack of vision from the mostly wealthy building owners who torn down historic buildings for a few pennies, we lost over 40 historic buildings in downtown and countless homes in our historic neighborhoods between 1960 and 1990.

A single mill house in 1998 ignited a twenty-year, overnight revitalization success in Opelika. Mill houses were built around the turn of the last century to house the workers at the local mill. Small but adequate, these houses comprised neighborhoods where children played and families grew. That first house led our team on a journey of restoring over 150 homes and 30 buildings in and near our historic downtown. 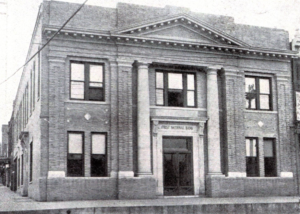 The role of a catalytic developer in a community requires more than vision. We quickly learned that restoration was not revitalization as we watched our beautifully restored buildings sit empty. Our buildings were all dressed up with nowhere to go. Living under tremendous stress from the bank loan payments and not being able to find tenants, we began finding ways of building businesses – our own and others’. Since 2005, we have helped over 40 businesses get established in our downtown. Only after the developer navigates these sometimes choppy waters can a project become a reality. Often it is the unintended consequences of success that blindsides those who intend to do good through this work. I would love to tell you that we were celebrated for this work, but we were hardly tolerated. In fact, we were often the subject of much scrutiny.

Our motives and integrity have often been questioned. Many couldn’t comprehend how we were paying for these construction projects and acquiring the buildings. Each building our team acquired, my wife and I personally guaranteed the notes. We had no inheritance, and we have never brought on equity partners.  Because we had several signs in town, many thought we were affluent real estate magnates and they would treat us as such. But we have our roots in this community. Ash was raised in Opelika and it’s been our vision to see this small town flourish for many generations to come.

One night, we hosted a small group at our home. A few minutes after everyone arrived, my wife noticed that a woman was missing. She found the guest digging in a drawer in our upstairs bedroom. When my wife asked her what she was doing, she responded that she heard we sold drugs and that was how we raised the money to buy buildings downtown. Selling drugs would have been much more profitable and possibly less of a headache. But that’s not our way. Our way stems from a sense of care for a place and its people, even when our reach extended our grasp.

Hundreds of decisions are weighed on the smallest of projects. It is the developer’s role to ensure that the voice of the overall vision is louder than the individual disciplines who often work in isolation. While there were many mistakes that cost us thousands if not millions along the way, it was the relational dynamics of doing this work in a small town that was the most difficult. The role of a catalytic developer in a community is a multi-disciplinary role that requires a constitution for persistent conflict between stakeholders, neighbors, residents and sometimes the local church.

One of the hardest and most difficult realizations of investing in our community was being responsible for the displacement of existing tenants or underperforming business owners that were occupying our properties. At the time we didn’t understand that this process had a name. This process of displacement is called gentrification. We were not intentionally gentrifying for the sake of making way for higher paying tenants, we were simply trying to justify investments placed into these spaces. For our team, it was simply stewarding the talents that we were given.

Today, we give the best of our working time and resources to the pursuit of helping others become catalytic developers for their communities. We choose to call our clients patrons. All of our patrons have the same thing in common. They are not for-profit developers, nor are they non-profit, but they are for-purpose. All of them have a moral imperative to create wonderful places along with their market mission of creating a return of and on their investment.

Our patrons are not hit-and-run developers but have a long-term interest in their communities. The question of gentrification and how it should be addressed with Christian care has been a common concern of our clients. Revitalization in a community does not occur without gentrification. The word gentrification and the overall perception of developers brings all kinds of negative emotions and connotations from the outside, but is this God’s view?

A believer working in and for a place wrestles with issues such as gentrification differently than a profit-focused enterprise. Yet the best intentions can seem cloudy to the outside as one mediates between various movements and disciplines who stake a claim to a project. Gentrification is one of many conflicts that a Christ-centered developer could publicly face when attempting to reclaim a community. Respectable agendas such as affordability, preservation, environmental protection and community programming are weighed against available financing, return on investment, life-safety concerns, engineering and others. We felt compelled to reframe the conversation around this work of redeeming a place and responded to a need to retake the vocabulary. In response to these concerns, we have coined a new term that we use with our patrons to help them frame the good work they are doing. That word is redemptification.

We define redemptification as the creative work of renewing a person or place to its intended beauty and glory. We believe God cares about people and places and that people are not whole without place. Overtime, the deterioration and lack of vision in a blighted community exceeds the care and capital required for its flourishing. People become numb to their environment and accept their existing conditions as norm.

These places can be redeemed in the same way we can be born again. We believe that Jeremiah 29:11 applies to place as much as it applies to God’s people. When a place was formed, it was formed with its highest intention in mind. Our hope is that this movement will bring inspiring conversations about flourishing communities and the people who help ignite them.