Skip to content
Are you a somewhere or an anywhere person? A conversation with Doug Wilson

Are you a somewhere or an anywhere person? A conversation with Doug Wilson 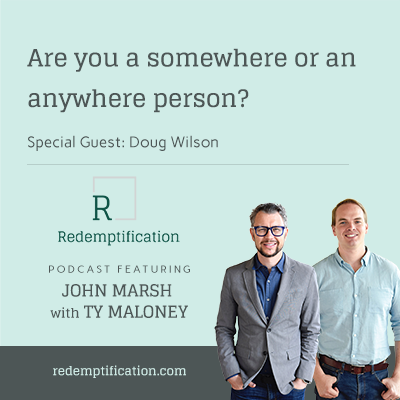 It’s an honor for us to sit down and have a conversation with Doug Wilson, he is the founder and Chairman of Monon Capital. The firm engages with partners around ideas and opportunities for innovation and imaginative/redemptive entrepreneurship through venture investments, a thought and conversation studio, a venture lab, and a charitable fund.

Doug serves as a trustee of the Sagamore Institute and The Trinity Forum. He is a member of the Advisory Board of Tuskegee University and the DeVoe School of Business at Indiana Wesleyan University. He serves as a director of the International Arts Movement, EDGE Mentoring, and Telemachus. He also serves on the board of several for-profit businesses, among which are Valve + Meter, Lost Valley Ranch, and Sun Chef Global.

He attended Ball State University, where he earned a BS and a MS, and Babson College’s Consortium for Executive Education.

What Have I Read that You Should Read?

Who do you know that we should know?

Where have you been that we should go?